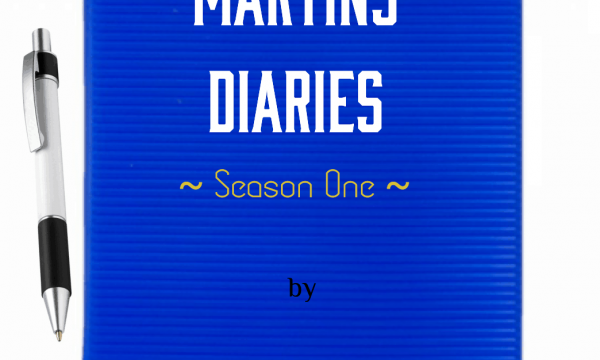 Hello, and welcome to “Martins Diaries“.

I’m Martins by the way.

I’m the third child of my lovely popsi and momsi. The hierarchy goes like this: Samson, Angela, Me, Favour, and then Destiny.

Brother Samson is in his third year in UNIBEN and seldom comes home during weekends or semesters breaks, and let’s not forgot to add when there’s ASUU strike. Angela on the other hand recently traveled to London to study.

My popsi is a naval officer. He was recently transferred from NNS Delta to Central Naval Command in Yenagoa. So he seldom comes home too.

Momsi owns a boutique which she barely goes to. She’d rather go to marriage and burials or her friends’ places. Sometimes she travels from Warri to Yenagoa to stay a few days with popsi. Doing what? I’ll let you figure that out yourself.

Anyways, we all got awoken this morning by a loud terrible scream. It startled Richie that the poor guy rolled over and fell off his bed. See, his bed is above mine.

It was Juliet who had screamed. We thought she had encountered a big snake, a witch, or probably some uninvited strangers. Everyone grabbed something that he/she could use for offense or defense and rushed to the passage.

Juliet: Cockroach! (Shrieking and pointing at one cockroach climbing the wall).

WTF? This girl just gave us an early morning shock just because of ordinary roach!!!

Momsi whipped the damn thing with the broom she was holding. The thing died instanta. For her mind now, she be cockroach slayer. FYI, that’s called expertise.

Pastor Friyo: Did you know what you have done? You’re just interrupteded my early morning special breakfast with the Lord.

Special indeed! You wish! When it was breakfast time later that day, his food wasn’t served. See complain! But I thought he was having breakfast with the Lord? He should be filled.

Me: You can’t blame her. The American blood is still running in her veins.

Gift: ewww! Look at the way it is!

Me: Huh! See this village monkey oh. You too wan form oyibo?

Kelvin: She be oyibo monkey na.

Gift: I nor be monkey oh.

“What?!” everybody snapped at him. The attack made tears run down his cheeks.

Aha! I was wondering when the pain will catch up with him because that fall was massive. I guess the concern he has for his sister is bigger than any fall. Wonder if he’ll jump down a cliff for her. Well, I hope she feels part of his pain, at least for the commotion she caused. Shouldn’t there be such kind of connection between twins? Or is that just another myth?

Girls of this generation can fear cockroaches and rats for Africa. If you want to bend them to your will, all you need to do is threaten them with a cockroach or rat and they will cooperate instanta.

Okay, so you are probably wondering where all these extra names are coming from? Well, not only my nuclear family occupies dad’s bungalow. There are actually 10 more relatives living with us for as long as I can remember. Permit me to introduce them.

There’s our uncle “pastor” Friday but we prefer to call him “pastor Friyo”. He is popsi’s youngest brother. He dropped out of secondary school when he couldn’t make good grades. Overnight, he claimed to be called by the Lord. He went to bible school, served some months under a pastor, and rented a storehouse to open his church. He’s been struggling to keep it running ever since. His vocabulary is terrible, which is probably the cause of his church stunted growth. However, he believes he’s going to make it one day in his ministry. Dreamer!

There are my maternal cousins Isaac, Naomi and Elijah. Their parents died in a car accident and popsi and momsi had to take them in.

There’s Kelvin my fraternal cousin. (Kelvin, Isaac, and I call ourselves the mischievousTrio; Kelvin being the mastermind of most of our mischief.)

There’s the American twins — the tall, lightly-skinned and handsome “casanova” Richard (Richie) and the beautiful Juliet — sent from America to live with us. You see, though part-Nigerian and part-American, the twins were born and brought up in America. But when they turned 13, their dad “Uncle David” felt his kids lacked the core Nigerian values and discipline and who better to instill these values in them other than his older brother (popsi) who is a very strict disciplinarian and happens to be a naval lieutenant commander?

But before they could get a full taste of popsi’s “iron hand’, popsi got transferred. So we had our freedom, especially the Americans, for there was no one to tame us!

There’s also my maternal second cousin “ugly” Gift. Mom actually went to the village one day and returned with her, announcing that she’ll be staying with us henceforth.

There’s “expensive” Aunt Rita, momsi youngest sister and part-time student of UNIBEN, who might probably be buying her way through school. She assists mum in running the boutique.

There’s “Granny“. Yes, popsi’s mother lives with us. Dad took her in after he visited her one day in the village and saw her trying to start a generator. Unlike the daughter–mother-in-law squabble usually portrayed by our everyday Nollywood movies, granny and momsi actually got along very well…probably because of the cash momsi usually give to her regularly.

My fraternal grandpopsi is late. My maternal grandparents are also late. But momsi was born with a silver spoon. Her brothers take care of their family business and give “Momsi and Aunty Rita” their share of the returns every month.

We the smaller guys occupy my room; the ladies Angela’s and the little kids occupy another room. Granny occupies the guest room while Uncle Friyo shares Samson’s room. Most times, the ladies do the cooking and handling of mom’s boutique. We the guys assist in “manly” chores.

Anyways, these lots make up “My Big Family“. Feel free to count how many we are in total. The people in the area tend to call our compound an orphanage home.

I know you were reading that and getting all into it, but this web series is no longer available to read on the blog because it has been compiled into a book. This book contains all the episodes/chapters from the blog series and you can purchase it or gift it to a friend for a small amount. 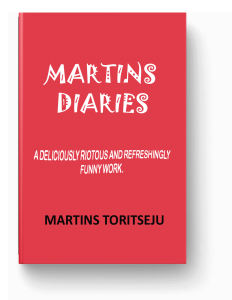