I remember back then when I got to primary thee. My family had recently moved. So, a new area, a new school. I still recall the short black and white striped knicker I wore that day, it was my favorite. I was taken from the headmaster’s office to the primary three classroom. And my new seatmate was a girl. If I can recall clearly, I think her name was Elizabeth. She asked me some questions which if you think I’ll recall as well, you’re probably nuts.

But in the long run, somehow someway, in the same primary three or perhaps primary four, I got a another seat at the front middle row and a different seatmate, the young master Excel (in Alfred’s voice) and he became my first official best friend.

Even when our dear class teacher “Mr dem belle full, we are hungry”—Well, that’s not his real name, but that was his favorite classroom jive, and we all probably first heard that song from him, I know I did…. You should feel my joy when I realized it was a song by the late Bob Marley—reshuffled the class, we still ended up seated together again and we kept it that way, term after term, well until we got to primary 5, when I resumed school late because of my dad failed attempt to send us to the British School of Lome in Togo.

Anyways, we not only shared seats but also shared many other things like food, textbooks, etc. We’ll go check up on his younger siblings (Kelvin and Christabel) in their classes and give them their lunch money popularly known then as “break money”. We’ll also go to my older brother’s class. I still recall meeting Owas and one other guy that use to behave like a girl in that senior class. There was that aura of pride to be able to waltz into the seniors’ section of the school and not be shunned because I’d an older brother there!

But it was this period, as a pupil of Blessing Foundation College in Benin City that I also discovered one small part of me. I found myself in the habit of tearing center pages out of my notebooks, which I somehow managed folding into squares of 16 parts. And then I’ll number each part, title the first page and draw on them. I’ll literally be able to tell and retell the stories behind those drawings to Excel and my other “subscribed” classmates even though all there was on those papers were drawings—awkward very unprofessional drawings, without dialogues.

Then I soon graduated to forging books out of torn out mid pages craftily spread across all my 12 subjects’ notebooks, hoping it won’t get noticed by my parents, because… well, to them it was a crime to tear out your books—Gosh, I really made my 80 leaves notebooks look like they were suffering from malnutrition.—But of course, at that age, you can’t really outsmart your parents! And when the parents figured me out and the punishment started coming in, I learnt to save up my “break money” to buy my own notebooks and deployed them to my cause.

Anyways I still remember my first handwritten story ever—”The fishery water and other stories“—I’d lost it for some time and all hope of finding it gone, until one girl in my older brother class unexpectedly handed it over to me one faithful day while I was buying ice cream from my favorite ice cream cyclist/seller. That book my dear, I came to realize was total crap! It’s probably the worst story ever!! What the hell was I thinking when I wrote all that rubbish?!!!

Even when I checked the other stories that followed after that first one, I discovered they were utter nonsense! Was that what stopped dad from publishing the ones he’d taken into his custody once upon at time? He’d probably read through it and thought, “What a load of garbage. This boy is better off taking science in the future!” (Well, I’m an Environment scientist now).

To think of those times that I’d make Mark string along with me from one geographical area to another on my quest of seeking out publishing houses hoping that they will agree to publish or at least buy one of my “crappy” stories. I guess I probably made the right decision turning down the 500 pounds my mother had offered me in 2012 right there in our apartment in London for me to use to publish any one of my stories when we returned to Nigeria.

So anyways, I’d always wanted to be a YOUNG NIGERIAN AUTHOR. I wanted my peers to take out a published storybook and on the front cover “written by Martins Toritseju” would be inscribed on it while on the back would be my charming picture and my biography. I wanted to cash out of my ideas. For me, that was as much of a celebrity it could get! It was my dream and ambition, one that had driven me to write countless stories, one I’d nursed until I completed my senior secondary school education.

But there I was at that point in my life in 2012, staring at the £500 in my mom’s generous hands, with no strings attached, and declining her offer. Though I was still blinded by the belief that my stories were great, the dream of becoming a young author, well let’s just say that ship had long set sailed, and I’d developed a new dream!

I wanted to be a successful young author… but I’m not that young anymore, I’ve already gotten my BSc and also undergone my service in the NYSC. So now I’m leaning towards becoming a blogger, storyteller, humorist, public speaker and an author-entrepreneur…

And martinswrites is coined and tailored to be a stepping stone to achieving my dream.

From the onset of my writing journey thus far, my stories might have been crappy, filled with errors, blunders and littered with sentence fragments and run-ons and reeks of unprofessionalism (ok, why am I being hard on myself right now?) but hey at least I was still able to use it to entertain one or two persons that had come in contact with them one way or the other every step of the way, and for every new writeup I conceive, I believe I’ve taken one step closer to achieving my goals. As Dan Lok (I think) puts it, “I’ve always loved writing, but having an impact on people is the best reward”.

“I’ve always loved writing, but having an impact on people is the best reward.”

So why am I boring you with my story? It’s not like I’ve “made it” or finally figured out the last piece of the puzzle.

Well, the lesson to be learnt here is that sometimes you just gotta hold on to your talent and dreams, and give yourself room to realign and readjust the focus of your dreams, and hope that eventually, everything will pan out and fall in place.

So what are you doing about your talents and your dreams?

How much time, effort and sacrifice have you committed to it in the past?

Are you still letting the passion burning?

Are you still dreaming, or have you decided to wake up and concede to reality?

PS: I’m not a motivational speaker…yet. 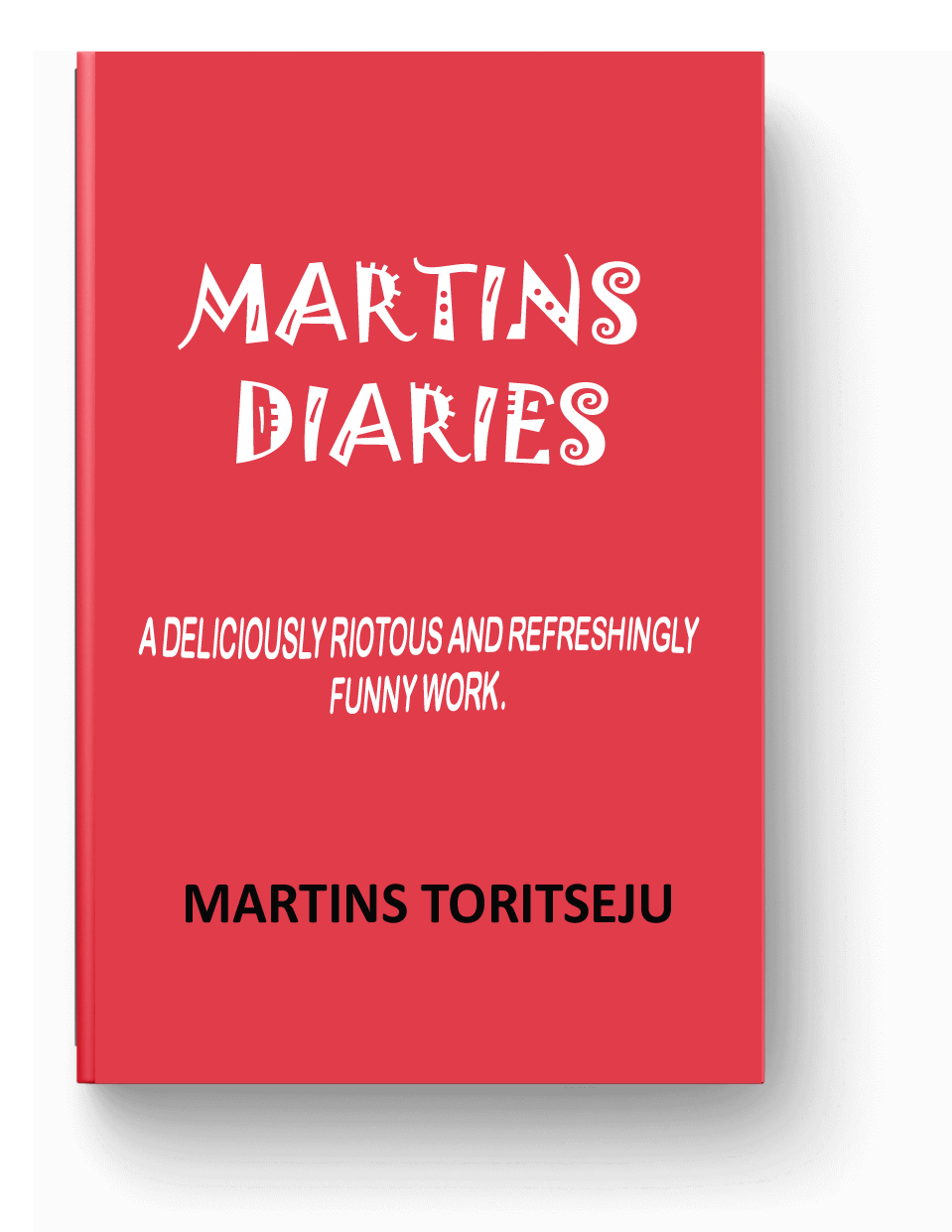 If you are fan of family comedy dramas like The Johnsons, Jenifa’s Diary, etc, then you will looove Martins Diaries! When you need a good laugh, Martins and his family always deliver. With so much to tell, Martins Diaries will surely make you laugh…everytime…
Buy Book