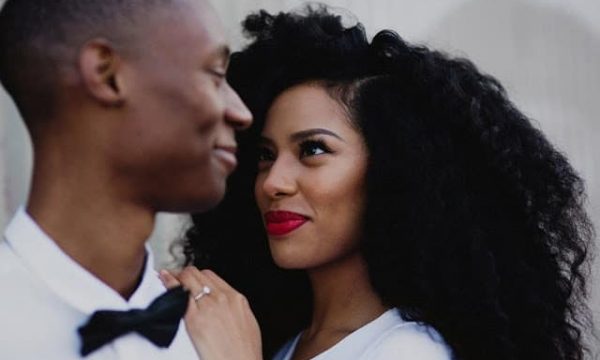 It all starts at the altar, where two holistic persons (Victor and Victoria) with no s£xual experience, weds in Holy Matrimony to become one. What will their s£x life be like? It gets funnier as the drama unfolds…

She was beaming with joy. Her smile was enchanting. The bride’s white gown boasted its radiance. Intoxicating! It was finally happening. It was like a wish come true.

“…for richer for poorer till death do you part?” the officiating minister came to the big finish.

You may kiss the bride”.

Victor unveiled his bride and gave her a quick kiss. And everyone clapped and cheered.

That was it. They were married.

The reception followed with elegance and glamour but with a little too much of decency. There was a lot of RSVP, dancing and presents. It felt like he day wouldn’t come to an end but it soon did than expected.

The newlyweds let themselves into the bedroom. They sat on the bed next to each other. The smiles that once lit their face fading away. They have been preoccupied with the ceremony that they had completely forgotten this was also part of the package – their first night together as a couple.

They fell into an awkward silence.

“Did you see the way your aunt was dancing at the reception? It was hilarious!” Victor blabbed out trying to establish a form of comfy.

“Yeah.” Victoria mouthed and smiled a little as the memory came back again.

“Well, I will go wash up first. Then you can do so after.” Victor said and stood up.

So Victor went into the bathroom while Victoria slid into the bed.

The couple was nervous. It was their first night together as a couple. Unlike many newlyweds, they dreaded it. Because it was going to be their first time, ever! And worse, they had no concrete knowledge of how it goes down.

With exception to the occasional holding of hands and two or three hugs, one of which is accounted for when Victor had proposed marriage, they had never been intimate before, not with themselves nor with any other person.

They’ve been uptight since the first strand of pubic hair emerged. In fact, they just had their first kiss on the altar. They both grew in very religious Christian homes where virtues, values, and customs were hoisted in high esteem.

Victoria was more uptight. She wouldn’t even allow a boy to hold her hand nor touch her whatsoever. She was exceptionally ignorant of the games of two in bed. She was a literature student, with dreams of being a motivational and gospel writer. But she wasn’t a fan of literature that projects form of immorality.

In her secondary school days, she was alien to biology and pornography. She didn’t give listening ears to any of such discussion amongst her peers. So she really had no experience. She wasn’t corrupt.

Victor on the other hand had never dated or got intimate with girls. He had vowed to focus on his studies and not have any female companion (girlfriend) till his educational pursuit was completed and he was settled and ready for marriage. And he was true to this pact. When he was ready, he prayed earnestly and his heart was matched with that of Victoria. He too didn’t incline himself to intimate discussions common with his peers. Neither did he indulge in watching pornography or viewing nudity.

He knew nothing much of the female body parts. He too was clean and tried to maintain holiness at all times.

Whether to call their lack of knowledge with respect to their current situation a repercussion, Victor didn’t know. He walked out of the bathroom now changed into simple nightwear and Victoria took her turn into the bathroom.

They have been in deep thought ever since Victor had stepped into the bathroom. How were they gonna work it out tonight? Victor wondered why this wasn’t like those PG movies where immediately after the entry into the bedroom of a couple, they found themselves waking up in the next scene with the impression that they had consummated their marriage.

But this wasn’t the case, they may be stalling but they can’t skip it. The show must go on. So he decided not to give it any deeper thoughts as he could already hear his heartbeat rise with each panicking thought.

He tried to calm his breathing so as to relax his taut nerves and bring down his heartbeat. He would just follow the flow of the night.

Victoria too had decided in her heart to allow Victor lead and just try to allow him to do to her whatever pleases him. She came out of the bathroom also in her nightwear and went to lay next to her husband.

Victor flicked off the light and drew his bride closer. They started kissing and then followed some amount of touching. The pleasure was new and overwhelming for both of them but they couldn’t afford to stop because they were enjoying it…

Note: By filling the form above, you will be consenting to receive our periodical newsletters (such as similar, recent, or trending stories on the blog, the release of any new books, etc) to your email address. Don’t worry, your inbox won’t get spammed or flooded with unnecessary emails.