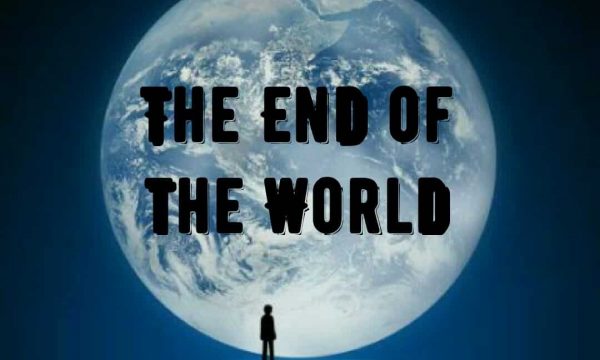 Daniel grabbed Jacob his brother by the hand, and sat him down.

“So you really want to drink poison and kill yourself just because you got two carryovers? Is that the solution? Did you stop to think of the effect it will have on the family? Your friends? Especially our nene? You know how close to her heart you are. Since when did you become a quitter?”

“I read, I did even did awoko in school for those courses, upon all the reading, I still failed.” Jacob sobbed.

“Trust me I understand. But you should know that failing is not an automatic death sentence. It’s not the end of the world simply because you failed something even if you dedicated time and energy to do so. Without failure, there’s no success. In his book rich dad, poor dad, Robert Kiyosaki said that Some people play not to lose, they don’t play to win. But winning usually follows losing. Sadly, we have been brainwashed that we must be the best, give no room for failure, but as humans we usually fail at first attempt of almost anything, walking as a baby, riding bike, playing sports, people have loved and got heart broken, even rich people have lost money, etc. But we don’t commit suicide for such failures. Rather we get back at it with more determination until we succeed. Just like Henry Ford put it, Failure is simply the opportunity to begin again, this time more intelligently. Learn to have a positive attitude towards failure. Be like Thomas Edison who said, I have not failed. I’ve just found 10,000 ways that won’t work.”

Mike and Shola, Jacob friends, walked near and sat next to Jacob to listen to what Daniel was telling his brother. They too had some carryovers and were also sad about it.

“Robert Kiyosaki quoted Fran Tarkenton in his book who said, winning means being unafraid to lose. Robert Kiyosaki further wrote that, Failure defeat losers, but inspires winners. He said something about Texans. Texans don’t bury their failures, they get inspired by them. They take their failures and turn them into rallying cries. Failure inspires Texans to be winners. Tell me Jacob, Mike and Shola, are you guys winners or losers?”

“There’s this novel, The Alchemist by Paulo Coelho, the main character Santiago a young shepherd had to make a lot of sacrifice and loss, scale through ups and downs searching for a treasure he wasn’t even sure existed, but he didn’t give up, he persisted against all odds and at the end he found his treasure. He won! And the moral lesson of that story is, When you want something, all the universe conspires in helping you to achieve it. Even failure can be necessary, or a blessing in disguise or a stepping stone to achieving what your want in the long run. There’s this quote, two men look out the same prison bars; one sees mud and the other stars. Now that you are in this situation, are you seeing mud or stars? Brothers, it’s how you see your failure that it will be to you.”

“Two men look out the same prison bars; one sees mud and the other stars.” – Beck.

“You are worried about dad and mom complaining? Dad and mom will always expect much from us. I’ve for long stopped worrying about what they think or their expectations since I watched one of TED talks where Daniel Ally, a young millionaire who started out with lots of failure, advised to stop conforming to other people expectations and start performing to your own level of expectations. He asked If you are trying to be what others wants you to be, then who will be you?

“If you are trying to be what others wants you to be, then who will be you?” – Daniel Ally.

Daniel paused for a brief moment for his listeners to ponder over the question.

“My parents said if I get any carryover, they won’t pay my school fees, they will simply remove me from school and put me in mechanic workshop to learn work.”  Shola complained.

“Your own is even good, my dad said he will disown me if I don’t graduate with first class.” Mike blurted.

“My mom, hmm, my mom will start asking if those that got As have two heads. The first time I wrote and failed waec, my mom didn’t let me hear word for the rest of the year. She constantly reminded me that I failed waec. I even made up my mind that if I don’t pass waec and jamb the next year and gain admission, I’ll just hang myself. Thank God I passed and got admitted.” Juliet chipped in as she sat to join the discussion.

“Dale Carnegie in his book, How to win friends and influence people, said something, he said, There is nothing else that so kills the ambition of a person as criticisms from a superior, like our parents, older siblings, teachers, lecturers, mentors, boss, etc. That’s why many people end up destroying their future and ending their lives. They can’t handle the pressure and emotional hurt that accompanies criticisms. They always rub our weaknesses in our faces, but never our strengths. It’s like this old couplet he quoted in his book, Once I did bad and that I heard ever, twice I did good but that I heard never. It makes us have low self-esteem. So it’s best not to pay attention to such criticisms. Dale Carnegie says, If you tell me how you get your feeling of importance, I’ll tell you who you are. Don’t let what your dad, mom or anybody else thinks of you to be the source of your importance or self-worth. Let your feeling of importance come solely from within you.”

“There is nothing else that so kills the ambition of a person as criticisms from a superior.” – Dale Carnegie.

Darlington just walked up to them and asked.

“Is it your brother that wanted to commit suicide because of carryover? How many carryover did you get?”

“Just two? And you want to kill yourself? Guy, if you know how many carryovers I don get since I enter this school. Even my own dey learn for where some people own dey, some people dey aspire to get my kind of carryovers sef. Na so we too felt bad when we newly enter school. When we checked our results, you go see guys dey para, girls go dey cry, we go dey curse and swear for the lecturers and department. But last last, we gat take am like that. Now, e get the way person go see carryovers full e result, e go be like when Nigeria dey go play world cup. Na normal thing to am. E nor go dey shock or pain am. Last last person go still graduate. Nor worry, una go soon adjust.”

“Say no to suicide. Your life matters, All lives matters.” Daniel concluded and hugged his younger brother.

“No ones opinion of you can become your reality, unless you allow it. Believe in yourself and everyone else will believe in you.” – Daniel Ally.